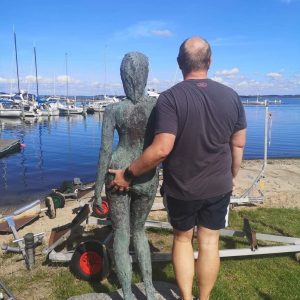 Aside from his job at DIS, Olav has flirted with real-world motorsport for many years. An avid Formula 1 & McLaren fan, he used to write for gpnews.dk, he is a Formula 1 guide and helped the real-world TCR Denmark series get started in 2020. He has been a significant driving force behind 5 motor and motorsport exhibitions, oh, and he has also managed a number of race drivers, including one who went on to become World Champion in the one-make Lamborghini Super Trofeo series.

Olav is NOT an engineer, and quite proud of it we think; we don’t know why though…?? – He drives the #46, the “slightly slower car”. He started Sim Racing in the. early 80’s, when it was still called “playing computer games”.

BACK TO TEAM
FacebookLinkedin
Copyright SimRacingLab 2022 - All Rights Reserved